Don't know Where To Stay? Select your destination and search for discount accommodations.

If you don't see your travel destination, just type it in the box and search for hundreds of Hotels, Resorts, Motels, Homes, Villas or Condos and more!

Trying to save money on your vacation? VacationPlacesToStay.com has great deals and low prices on hotels, Best Price Guaranteed.

Save when you book directly online for last minute deals with 3 to 5 Star Resorts, Inns, Hotels and more!

Hundreds of Hotels & Villa Vacation Rentals search for many options and special prices when you book online here. From the beautiful turquoise waters surrounding our islands to the warm and culturally rich communities, the Virgin Islands are Americas Paradise in the Caribbean. Well-known for our spectacular beaches and beautiful warm climate, it's this unique combination that beckons visitors to enjoy their time and let the island rhythms take control. With an abundance of activities, accommodations, and vacation packages for all budgets including all inclusive resort packages, both the US and British Virgin Islands truly is a destination for all travelers.

The beaches of the Virgin Islands are always mentioned among the best beaches in the Caribbean. And no matter which of our hotels or resorts you select, you'll never be far from all of the fun at the beach! Find some of the best places to stay near white sandy beaches and beautiful mountains in the Virgin Islands 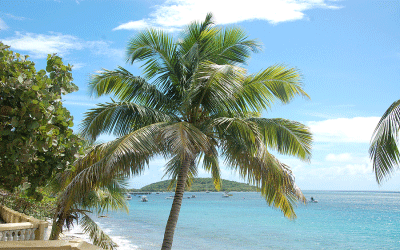 Vacation Rentals & Villas in the US Virgin Islands (USVI)

Rest assured, you will find many vacation rental options in the US Virgin Islands during you Caribbean Getaway. Stay at one of our Oceanfront Hotels or at a Luxury Villa Rental on the beach. Sailing, Scuba Diving or Surfing is a popular activity for your stay, try collecting the many seashells, or just work hard on your tan.

Made up of several small islands, many visitors sail to the British Virgin Islands and find many vacation villa rentals or quiet cottages during their stay. Get the best deals and discounts when you book your villa directly online here!

About The Virgin Islands

Christopher Columbus named the islands "St Ursula and the 11,000 Virgins". Today they are simply referred to as the Virgin Islands. They were inhabited by Carib Indians, whom Charles V, Holy Roman Emperor wiped out when he took over the islands in 1555 for the Holy Roman Empire.

The islands were later peopled by Africans who were enslaved on sugar and at least one indigo plantation. The sugar plantations are now gone, but the descendents of the slaves are still there, sharing a common West Indian culture with the other English-speaking islands of the Caribbean. Tourism is now the main industry. On both the British and the US Virgin Islands, cars are driven on the left-hand side of the road and the currency is the US dollar.

The Virgin Islands were originally settled by the Ciboney, Carib, and Arawaks. The islands were named by Christopher Columbus on his second voyage in 1493. Over the next three hundred years, the islands were held by many European powers, including Spain, England, Holland, France, the Knights of Malta, and Denmark. The Danish West India Company settled on Saint Thomas in 1672, on Saint John in 1694, and purchased Saint Croix from the French in 1733. The islands became royal Danish colonies in 1754. Sugarcane, produced by slave labor, drove the islands' economy during the 18th and early 19th centuries, until the abolition of slavery by Governor Peter von Scholten on July 3, 1848.

During the submarine warfare phases of the First World War, the USA, fearing that the islands might be seized by Germany as a submarine base, approached Denmark to sell the islands to the USA. On January 17, 1917, the United States bought the Danish West Indies for $25 million and took possession of the islands on March 31. The Danish Crown may have felt pressure to accept the sale, thinking that the USA would seize the islands, if Denmark was invaded by Germany. US citizenship was later granted to the inhabitants of the islands in 1927.

This article is licensed under the GNU Free Documentation License.
It uses material from the Wikipedia article "History of The Virgin Islands ".